The day when Superman (Aka Kal-El also known as Clark Kent), Batman (AKA Bruce wayne), Wolverine (aka Logan) and Iron Man (Aka Tony Stark) on the same RoadMap. 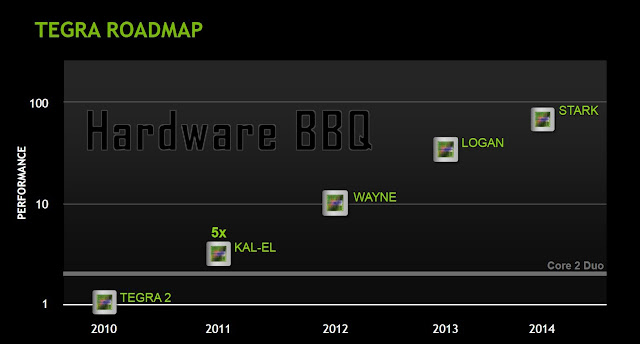 Also Nvidia forwarded me a Slide and Graph giving you an idea about Kal-EL’s specs. Its more than just a nickname, this one is 5x Tegra II. W00T!!(?)

So this is the Details that I’ve got from Nvidia: 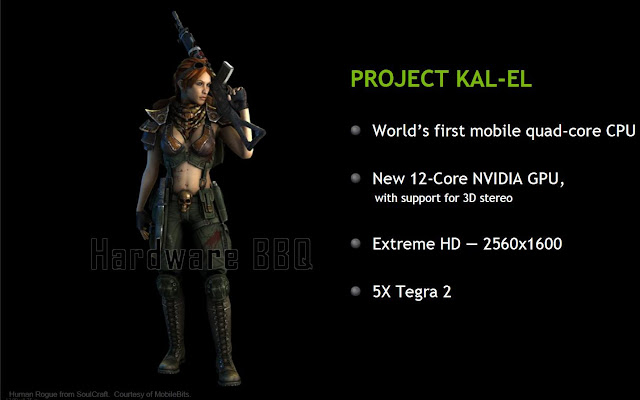 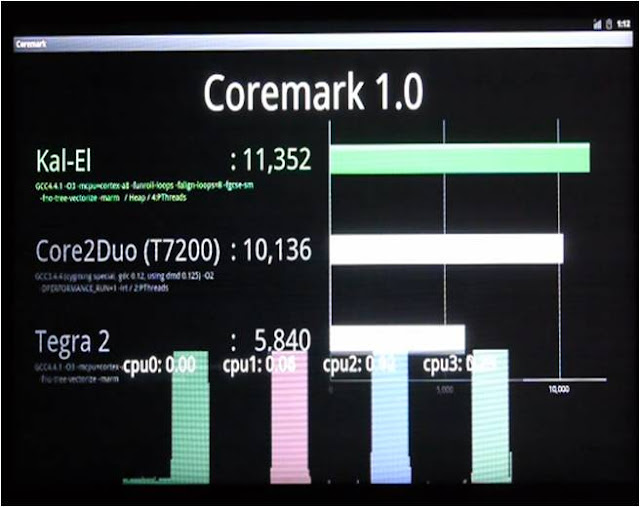 Looks pretty awesome on the specs. Many would say its overkill and not really expected to see this being filed for 2011 Release. Pretty clever on Nvidia’s part announcing this the day After Qualcomm said ship anything new until 2012. It still remains to be seen what kind of mobile device will be able to take advantage of this chip. If you thought Nvidia is pretty chilled out about it, this pretty much raises everyone’s attention.

Any more Information about Nvidia mobile processors will be over here so check this section regularly.